Global Offensive is an objective-based multiplayer first-person shooter. Each player joins either the Terrorist or Counter-Terrorist team and attempts to complete objectives or eliminate the enemy team. The game operates in short rounds that end when all players on one side are dead or a team's objective is completed. For most game modes, once a player dies, they must wait until the round ends to respawn. Players purchase weapons and equipment at the beginning of every round with money awarded based on their performance. Completing objectives or killing enemies earns the player money while negative actions, like killing a teammate or hostage, takes money away from the player. In addition, when a round ends all players receive some amount of money, with players on the winning team receiving substantially more.

Counter Strike: Global Offensive adds new weapons and equipment not seen in previous installments, most notably the firebomb for each side (Molotovs for Terrorists and incendiary grenades for Counter-Terrorists). These temporarily cover a small area in fire, dealing damage to anyone passing through =

Server Functions
INSTANT INSTALLATION
After your order is placed and payment is confirmed, your service will be installed in minutes ready to play out of the box!
LOW PING SERVERS
Our Internationally renowned network, has been designed by gamers for gamers, offering lag free gaming for all players!
SERVER MODDING
We currently offer a one click install system. Simply install any addons from our Mod Manager.
CONTROL PANEL
With its flexible design and powerful features, our control panel gives end users complete control over their servers. 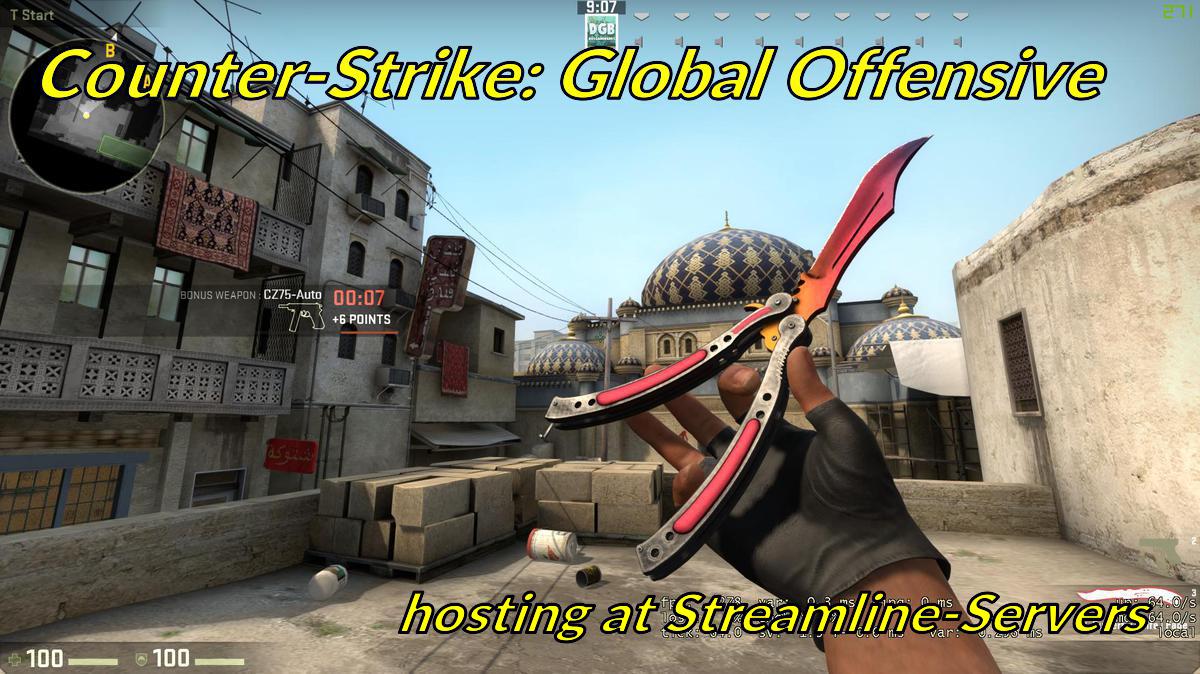